Condividi
Facebook
Twitter
___________
Italian investigation: the business of human guinea pigs
The body as a laboratory, a blank page to write the names of the medicines of tomorrow. The tablet pulled down with water and then the samples, specimens, the hops electrocardiogram. They are called human guinea pigs who are not afraid to take a drug for the first stranger, who agree to remain locked in a clinic three days, waiting to see if their body will react and how. Italians who go abroad, especially in Switzerland: medical students in Milan and Varese, unemployed youth with too much free time, whole families in economic difficulties, people direct from relatives in Germany who stay several days in hospital in the Ticino.
"Why do it? For money." Who’s past has no doubt: it is the prospect of advances in medicine but to justify the money. As often happens. Pharmaceutical research needs them, in healthy volunteers. In this field of study, Italy is far behind: the fifth country in the world for consumption of drugs in Europe is among the last as the number of searches conducted on medicines. Ends that do not contribute to test what we use in large quantities. Missing especially the so-called Phase 1, which serves to tell if a product hurts. Even the next steps of studies in this area are not very popular with us.
We export animals. It then describes who they are and what they need to start your healthy volunteers from Switzerland. Each year about 750 Italians cross the border with the canton of Ticino to provide the bodies on which to test the drug multinationals. The number should be doubled when considering who travels to France and Austria, other countries are much Step 1. This takes the total to about 1,500 forced trials each year expatriates. And in other countries as there are volunteers who undergo trials? Many more, since the studies are very popular. There is also an online database (volterys. en) where European research centers and guinea pigs can meet. There are currently 41,000 people registered, mostly French. This is mostly of twentysomethings. In the U.S. it is estimated that a 4 million men and women have participated in at least one trial, but this figure also includes sick.
"My days as a guinea pig"
In Ticino is a center, the property of Cross Research, which also leads only 25 studies in healthy volunteers each year. Another private hospital in the same area it addresses 15. In a small region of Europe, from 300 thousand inhabitants, are at least four times Phase 1 healthy volunteer throughout Italy, less than 10. "A share of between 75 and 80% of those who present themselves to us comes from your country," said Giovanni Maria Zanone, head of the pharmacist and president of the Cantonal Ethics Committee. The reward? About 250 euros per day. About a third of our countrymen are "regulars" that come back with variable frequency.
Andrea (the name never really want to say) 30 years and has worked as a gardener. He lives in the province of Varese and was twice in Ticino to make the guinea pig. Some friends have advised him, the young people of his area, Como, Piedmont also participating in three trials in a year, the maximum number to which you may submit. "I was in May last year – says Andrew – Before I went four years ago. The last time we experienced a salt. Four days and four nights. They gave me 1,200 euros." Payment? In cash. "Yes, the money you hand them immediately. The first time I took 550 euros for two days and I bought a surfboard." The protocol followed during hospitalization is well established. "You have to drink 2 liters of water a day, you can not smoke or drink coffee. There were samples at regular intervals, taking the pressure and heartbeat." The Swiss center is clean. "It is very well kept, not great, the staff is professional and friendly. They make you feel at ease. You never leave the property once the allowed but there were problems with people who took drugs and went to sleep at home. There are rooms with two, three, five and seven beds.
The first time Andrea has experienced a gastro. "Among other things you do all the exams for free. I still have not had health problems with drugs tested. The second time I went because I was included in their database and have been called. I took it as a holiday from work, four days of relaxation in the clinic: sleep because they send you to bed early, you make games. I have always met only Italians. There are mostly people up to 40 years. Once there were two sisters sixty very nice. And then we have established good relationships with people who work there. They help you when you collect the blood does not make you bad. " But to live this life, even for a few days, it really feels like a guinea pig? "Certainly, the first thing you say is: go to the guinea pig in Switzerland. When you’re there then you realize that you have it your way. Why are you giving money." Okay, but the idea of making a contribution to the emergence of a drug that can help the sick should be a stimulus. "One goes there for the money. At least in my opinion. I do not think there are people who say aid to experiment, but does not pay me anything." Andrea rifarebbe the volunteer, as his friends. "Yes, yes. If they call me and I can shake it around."

Time for producing a drug
Without people like Andrew, there would be on our tables pills for headaches or stomach pains. But because a drug comes into our house the trip takes more than just the few days spent by rats in clinical Swiss, English, German. It is the invention of the active ingredient in the lab, then you start testing on animals. If everything goes smoothly man. At this point, pharmaceutical companies can not yet claim victory and start thinking about the enormous profits which will: a molecule only six come the end of the experiment. The other five will be discarded because they are identical to products already on the market or ineffective. Phase 1 covers a few people, between twenty and forty and hardly costs more than one million euros to the pharmaceutical industry. It is very delicate, makes it clear if the drug hurts. It is on healthy people or patients, mainly cancer. I first receive compensation as expenses, the latter not, but it is easy to understand what pushes them to give their body to search. In many cases you do bioequivalence studies, ie on old active substances which have to pass a new test to finish on the market as generic. From Phase 2 is starting to recruit more people, and we want the sick because you get to assess whether the medicine works. When it comes down to Step 4 and submit the dossier to the request for authorization from the EMEA, the European Medicines Agency, can be passed even 10 years from the time when researchers have identified the molecule. How much to put a new drug to market? Over 1 billion. Part of that money go to research centers in Italy but only a few are public. Abroad are mostly private.

Volunteers paid but, here are the risks
Their role is the most delicate of the entire route of production of medicines. The thorny issue of healthy volunteers, starting with the question of compensation. They call expenses almost everywhere, no Western country wants to pay but it seems that in Switzerland, for example, that money is taxed at 10%. Saxon countries so-called volunteers can be recruited with newspaper ads, something unthinkable to us. Work or contribution to science that is not risk free. Just in England in 2006 there was a disturbing episode: four healthy people who underwent the trial of a monoclonal antibody to the hospital ended in a serious condition.
Accidents happen. Sometimes serious, often causing damage to only a few volunteers. Understand why the industry did not take too much to advertise them. Having invested several million euros and had worked years to build a new molecule in the market, having to stop everything and losing does not like the investment of the multinationals. This requires strong state control agencies, therefore the new frontier of experimentation as China, India, Eastern Europe scary. Sometimes their research does not give certainty about the protocols used.
"We make a decade of trials of Phase 1 there were 16 or 17 adverse events – says the head of Swiss pharmaceutical Zanone – Only one case was severe, a girl came gallstones. Has been made at the expense of the clinic where he had taken the test. " Mark Scatigna, scientific and medical director of Sanofi Aventis Italy explained that trials are now safe. "The protocols are tight, the problems increasingly rare. It also controls to prevent people from becoming involved in several studies on voluntary work are more careful." On the web there are bloggers who tell Americans their lives around the U.S., to test drugs. "It’s a thing of the past – always says Scatigna – It can not happen because the archives of the research centers are networked and must pass a number of months between the two studies in which you participate." It is called period of "wash out" and Switzerland is 3 months in other European countries and Italy 4 of 6.
Italy back in research
Like other research areas, including pharmaceuticals has stagnated for a long time in our country, perhaps irreparably. According to the register of the Italian Drug Agency (AIFA), the only European national authority that publishes data every year, in 2008 there has been 46 studies of Stage 1, mainly on cancer patients. Less than 10 have involved healthy volunteers. If account is taken of Phases 2, 3 and 4, involving many more people, usually living with the disease that a cure is sought, the number rose to 850. Always very low. Countries like England and Germany, or at least northern European, well over 200 studies of the Phase 1 volunteer each year. Little Switzerland makes about 150.
The centers that we lead the first step of experimentation on humans are few: Verona, Chieti, Cagliari, Pisa, Catania and soon Sacco and San Raffaele Hospital in Milan. The most important for the healthy volunteers is in hospital in Verona and is directed by Stephen Miller. Because in our country pharmaceutical research has been so far behind? "Discount the fact that the Italian university has always focused on preclinical basic research – the researcher says – We have less tools. Just consider that a center like ours, the largest in Italy, has 14 beds, compared with 24 of smaller English or German, where seats are usually 60. We must move if we do not want to miss the last train. are already parties to do Phase 1 countries such as India or China, whose security protocols leave many doubts. " According to some, it will be even bioethical issues behind the slowdown of this type of research that concerns healthy people. "Perhaps there are those too, but I weighed heavily the setting of our university. But we have strict controls. In Verona we do to all the volunteers personality test to understand what drives them to lend itself to experimentation. We do not want motivated by money. How much money do we give? It was decided together with the ethics committee. usually about $ 200 a day as lost earnings, assuming that those who come to the clinic can not do anything else. "
[Original text posted at Repubblica]
________________
Italian version
Inchiesta italiana, il business delle cavie umane
Ogni anno 1500 volontari sani rispondono al richiamo delle case di produzione in Svizzera, Francia, Austria. Chiusi per quattro giorni, si sottopongono ai test delle medicine. Prendono fino a 1200 euro in contanti, esentasse.
"E’ come una vacanza, ti fanno gli esami gratis, con i soldi mi sono comprato la tavola da surf" 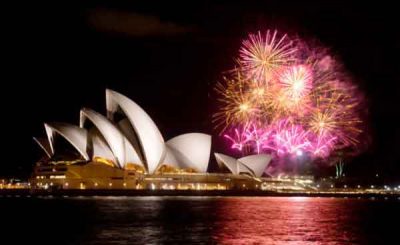 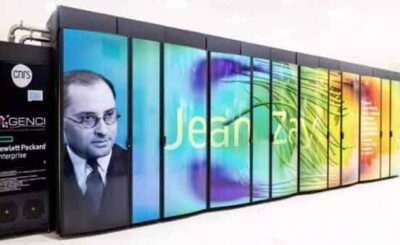